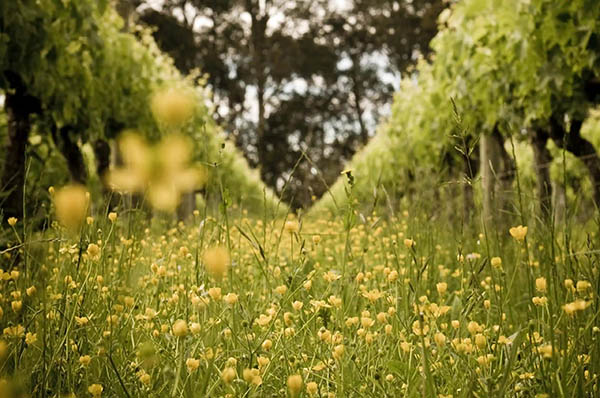 Researchers have found that some undervine ground cover plants do preferentially support mealybugs, in particular, white clover. Other plant species commonly found with mealybugs are hawksbeard, and, to a lesser extent, subterranean clover and dove’s foot. Image: Bragato Research Institute.

The Bragato Research Institute opened its state-of-the-art research winery in February 2020 on the Nelson Marlborough Institute of Technology campus in Blenheim. The winery was cranking its research programmes into gear when the response to the global COVID-19 pandemic hit, forcing them to shut and temporarily shelve many programmes. However, you can’t keep a good thing down for long and the research winery is back up and running at full capacity on several exciting programmes that have already returned a substantial wind-fall for the wine industry.

Two recent research programmes have seen trials of pulse cooling, which has the potential to save energy in wineries, and research into offering mealybugs a tasty alternative to grapevines - potentially reducing the need for pesticides.

A few years ago, David Gill of VinWizard started to install an option for ‘pulse cooling’ in his software for winery tanks. Customers weren’t asking for it, he wasn’t advertising it, and it wasn’t common practise among winemakers.

David had heard of pulse cooling — lowering temperatures of winery tanks in intervals rather than continuously — a few years prior from the University of California, Davis, when chemical engineer Professor Richard Boulton began to champion the energy-saving method in winery design.

“The idea is so simple,” says David, “and the potential for energy savings in wineries is huge. I began installing pulse cooling as an option in our systems with the intention of quantifying its benefits and communicating that to the customers later. But I haven’t had the opportunity to run a trial until now — at the Bragato Research Institute (BRI) research winery.”

Recent research by scientists at the Bragato Research Institute is exploring whether undervine ground cover could serve as a substitute habitat that helps keep mealybugs off grapevines, reducing the need for insecticides.

Mealybugs are the main insect that acts as a vector for grapevine leafroll virus, a damaging disease that negatively affects vine growth, berry size, yield, fruit colour and flavour, and can have a detrimental impact on wine style and vineyard profitability. Successful management of the virus includes controlling mealybug populations.

Mealybugs also produce honeydew as a waste by-product, and, where honeydew is plentiful, black sooty mould will grow on grape bunches. When sooty mould is severe, it can result in fruit rejection because of the risk of wine taint.