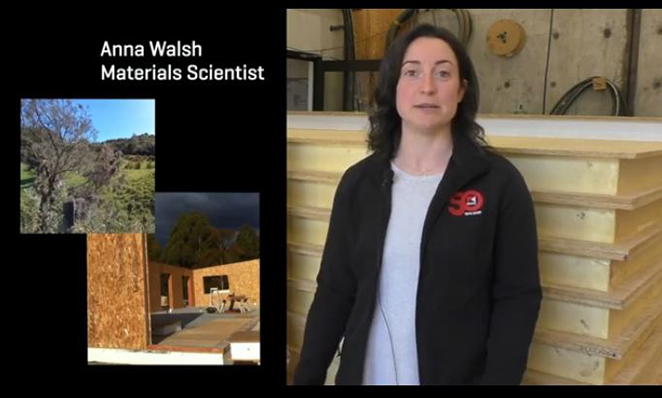 Welcome to the incoming Minister and Associate Minister

"We look forward to continuing our work with the Minister on strategies, policies, and investment portfolio directions which affect IROs. This will be particularly important with initiatives and changes arising from Te Pae Kahurangi (CRI Review), and a new Research, Science and Innovation Strategy.”

See the Briefing for the Incoming Minister >>

Prof Charles Eason, who steps down as Chief Executive of Cawthron Institute in December, says he is looking forward to new science governance opportunities. He says it has been a privilege to lead Cawthron to where it is today, with almost 300 staff as well as world-leading facilities, but after 17 years, first as a Director, and then as Chief Executive from 2012, he is ready for a change.

“I’m incredibly proud of Cawthron’s achievements. Over the nearly 100 years of Cawthron’s history we have been at the forefront of many science breakthroughs, with our research now firmly focused on growing and ensuring the safety of New Zealand’s seafood sector, developing exciting marine bioactive resources, and improving the health of our freshwater ecosystems and oceans.”

During his leadership of Cawthron, Professor Eason, who is a Companion of the Royal Society Te Apārangi, has received a number of accolades. In 2019, he was appointed as a Companion of the New Zealand Order of Merit (CNZM) for his services to science and wildlife conservation, and, in 2017, was awarded the Thomson Medal for outstanding leadership in his research career.

Anna's research supports the understanding and development of innovative materials that offer the potential to raise the quality of New Zealand buildings. She and her team are working to use structural insulated panels, or SIPs, as a potential solution to New Zealand’s need for fast, affordable housing.

Read more and see the video >>

Freemasons New Zealand have renewed their support of the Malaghan Institute’s CAR T-cell research, a promising cancer treatment programme, pledging a further $600,000 over the next three years.

“As an independent research organisation and charity, the Malaghan Institute relies on support from the community and the generosity of organisations like Freemasons whose support, along with that of other organisations, will allow us to accelerate the availability of this ground-breaking treatment in New Zealand,” says Malaghan Institute Director Prof Graham Le Gros.

Cawthron’s Group Manager for Coastal Sciences Dr Chris Cornelisen says the Parliamentary Commissioner for the Environment’s ‘Managing Our Estuaries’ report shows estuaries have ‘fallen through the cracks’ of New Zealand’s environmental monitoring and management frameworks. He describes estuaries as valuable but vulnerable ecosystems that matter a great deal to New Zealand in economic, environmental, and cultural terms.

“Estuaries are a dynamic mixing zone between rivers and the ocean and include some of the most productive habitats in the world. They are the ‘nurseries of the sea’ and of upstream habitats because they act as breeding grounds for kaimoana, fish, plants, birds, and insects. They also play a key role in both ocean and freshwater health,” says Dr Cornelisen.

Cawthron Institute's Group Manager for freshwater sciences Dr Roger Young was interviewed by RNZ on World Rivers Day on 27 September about his work leading the data analysis for LAWA’s new National River Water Quality Summary. Dr Young said the summary report shows there has been no improvement in river water quality over the past decade and he hopes the findings will support increased resourcing for restoration initiatives.

Dr Young said they tested for four key indicators to see the health of the water.

"Unfortunately, we found the overall state of E. coli, MCI (macroinvertebrate community index), ammonia toxicity, and DRP (dissolved reactive phosphorus) has not improved over the past 10 years."

"We haven't been this uncertain about where inflation would head over the next decade perhaps for 30 or 40 years."

Motu Chief Executive Dr John McDermott was recently interviewed by Gareth Vaughan of interest.co.nz on monetary policy and other COVID era economic issues. ". . . the economy needed rescuing. But somehow down the line we need to pay for this. If you start pulling back fiscal support too early you'll send all our economies into recession. Wait too late and you'll build up an incredible debt burden for future generations that will crush productivity. So there are big questions here. I'm not saying I have the answers, it will be challenging," says John.

Even before COVID-19, John notes there was a shift in how prices were being set through advances in technology, ongoing globalisation, and the rise of e-commerce. This was driving inflation down with new ways of doing things, such as Uber, emerging.

"The willingness of consumers to buy stuff off the likes of Amazon or a multitude of online shopping [websites], it changes the way prices are set. And we hadn't got to the bottom of that and then another big shock comes along. . . Nearly every advanced economy had missed its inflation target."

TiDA's Mike Fry presenting a seminar at EMEX in Feb 2021

Dr Mike Fry, CEO at TIDA, will be presenting a seminar at EMEX in Auckland in February 2021 on 3D printing of large (1 to 250kg+) metal parts. Historically 3D printing has been restricted to polymer components and smaller scale high-value metal items, but developments at TiDA in Wire Arc Additive Manufacture (WAAM) have made practical and cost effective the 3D printing of large metal parts. Mike says that WAAM can combine the design freedom of 3D printing to large scale metal structural parts, with possibilities for building, industrial, and artistic projects.

His presentation will outline recent developments and status of the WAAM Process. The design, analysis, printing process, and manufacturing economics of a 3D printed, 25kg stainless steel architectural building element will be described as an example. This case demonstrates a combination of complex organic appearance, mechanical performance, cost effectiveness, and design flexibility not achievable by conventional means.

Having the opportunity to apply research to commercial business challenges was a major attraction for Mohammad Dehghan-Shoar when deciding to join PlantTech.

The New Zealand-born scientist, with specialist experience in hyperspectral imagery and remote sensing, joined the team as a research scientist in May and is relishing the chance to apply his skill set to problems faced by the horticultural industry.

Istvan Hajdu, one of PlantTech’s newest recruits, arrives with a wealth of experience in handling geospatial data and Geographical Information Systems (GIS), particularly the integration of GIS with artificial intelligence.

PlantTech are seeking tertiary students who want to gain R&D work experience during the summer break 2020/2021, working on research projects with PlantTech for 10 weeks.

There are five R&D projects on offer for students to work on from estimating kiwifruit blossoms to testing if GPS receivers are capable of operating within horticultural canopies. Student will receive $8,460 for the 10 weeks of full-time work.

Dr Dianne McCarthy joined Bragato Research Institute in June 2019 as an independent director. She also sits on the Council of Victoria University of Wellington, is Deputy Chair of the board of the New Zealand Institute of Economic Research, and is a member of the governance boards of the Dodd-Walls Centre for Photonic and Quantum Technologies, the Healthier Lives National Science Challenge, and the Ageing Well National Science Challenge. She is also a trustee of the Malaghan Institute of Medical Research and the Hearing Research Foundation (NZ).

She was a professor at the University of Auckland until 2007, when she then became the CEO of the Royal Society of New Zealand – the first and only female to be appointed to that role in the Society’s 150-year history. Bragato decided to find out a bit more about this extraordinary woman. In the following interview she discusses mentoring other early career females, which she says has been, and still remains, one of her most satisfying and enjoyable roles. “In 2007, I co-established the inaugural New Zealand University Women in Leadership (NZUWIL) programme, designed to assist the career development of both academic and professional women. Twelve years later, there are more than 400 alumni, many of whom have risen to the very top of the university hierarchy.”