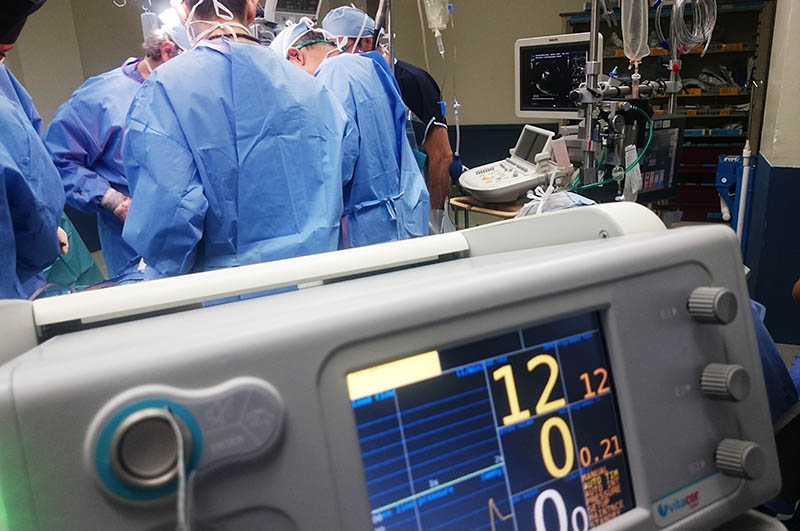 Compared to European patients, Māori were markedly more likely to be admitted to the ICU after trauma or with sepsis. Despite Māori being on average 13 years younger at ICU admission than their European counterparts, they had more co-morbidities, higher illness severity, and a higher risk of dying within 180 days (about 6 months). Photo: Natanael Melchor, Unsplash.

The Medical Research Institute of New Zealand (MRINZ) compared and analysed data from more than 50,000 patients admitted to all major hospital ICUs over a 10-year period, finding that Māori patients were more likely than European patients to die within 180 days of ICU admission. The study, Outcomes for Māori and European patients admitted to New Zealand intensive care units between 2009 and 2018, was led by the MRINZ, on behalf of the Australian and New Zealand Intensive Care Society (ANZIC) CORE Management Committee, a leading advocate in critical care.

The study found that Māori are 13 years younger on average when admitted to ICU than European patients. Despite this, Māori patients have more chronic underlying conditions when they are admitted to ICU, including diabetes and kidney disease, and are, on average, more severely unwell and have a higher risk of dying.

Professor Paul Young, MRINZ Deputy Director, Intensive Care Specialist, and study senior author says, “Importantly, when we accounted for underlying conditions and how unwell patients were on hospital arrival, there was no difference in survival rates between Māori and European patients. This implies that differences in health outcomes are unlikely to be related to the care being delivered after patients get to the ICU.”

The observation that Māori ICU patients are much younger than European ICU patients and still have more underlying diseases or medical conditions than their European counterparts implies that an unequal burden of chronic conditions is a major contributor to inequality in ICU outcomes. Another potential factor is that barriers to accessing prompt care for Māori might potentially contribute to higher illness severity by the time of ICU admission.

“Health inequalities are an ongoing major public health concern and a strong focus for the Medical Research Institute of New Zealand," says Professor Young. “Māori are likely to be ill far more frequently, suffer disproportionately high levels of disease, and die younger than non-Māori of the same socioeconomic status. There are also differences in broader societal issues that significantly affect health, including housing, education, employment, and socioeconomic deprivation.”

Dr James Moore, MRINZ Clinical Research Fellow and Intensive Care Specialist, says, “Given Māori are much more likely than European patients to be admitted to the ICU with life-threatening infections, after major trauma, and following a cardiac arrest, these study findings are hugely important in identifying priorities for future research that has the potential to lead to change in clinical practice, and support equitable Māori health outcomes.”

Find out more about the Medical Research Institute of New Zealand