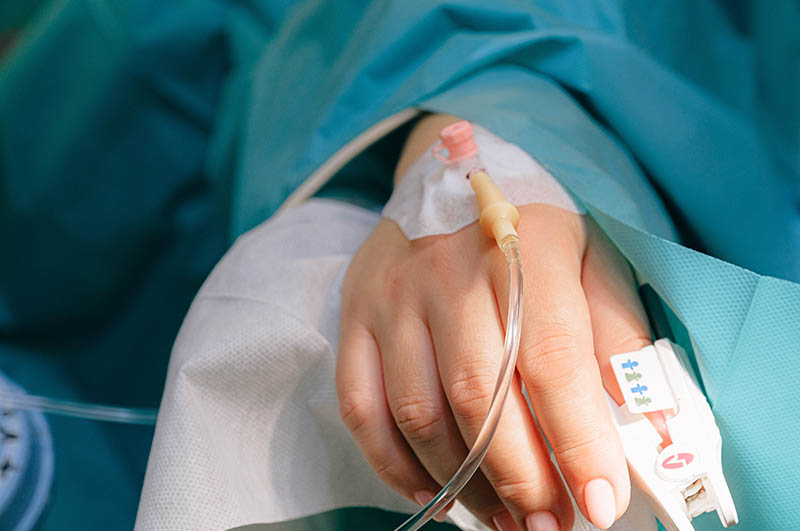 Saline, a 200-year-old medical therapy given to millions of patients around the world each day, appears to increase the risk of death in patients who are acutely ill. Photo: Anna Shvets, Pexels.

Saline, a 200-year-old medical therapy given to millions of patients around the world each day, appears to increase the risk of death in patients who are acutely ill.

A landmark intravenous (IV) fluid study, and a comprehensive systematic review paper, both published on 19 January in the New England Journal of Medicine (NEJM), are of major significance for global public health, and set to change clinical practice worldwide.

Together the ‘PLUS Study’ and the ‘The choice between balanced crystalloids and normal saline: a systematic review and meta-analysis’ evidence paper provide compelling proof that for most people who are critically ill, using balanced crystalloids for intravenous fluid therapy rather than saline saves lives.

Medical Research Institute of New Zealand (MRINZ) deputy director, PLUS Study lead, and intensive care (ICU) specialist, Professor Paul Young, says “A patient receiving an IV fluid drip is perhaps one of the most enduring images in medicine. These recent findings will change practice for one of the most fundamental therapies applied to acutely unwell patients.”

IV fluids are one of the most common treatments for patients who are acutely ill. Such fluids are given for many reasons including treating dehydration and when blood pressure is low.

Saline, a low-cost salt and water solution, is among the most used IV fluids, first administered during the cholera epidemics of the 1830s. Today alone, more than a million litres of IV saline will be given to patients worldwide. Balanced crystalloids, an alternative to saline used in hospitals worldwide, are salt-based solutions with an electrolyte composition that mimics human plasma.

“ICU and emergency physicians have long debated the choice of IV fluid therapy in critically ill adult patients, with ongoing controversy over the relative effectiveness and safety of balanced crystalloids compared with saline.” says Professor Young.

Because saline was introduced into clinical practice almost two hundred years ago, it was not initially subjected to the same rigorous testing as is applied to new drugs. While studies globally have consistently suggested that balanced crystalloids might reduce the risk of death compared to saline, each study, by itself, has been too small to demonstrate a statistically significant mortality reduction, with worldwide discourse and uncertainty around best practice.

Over the past decade the MRINZ has run a landmark programme of research evaluating whether using a balanced crystalloid called Plasma Lyte® improves patient outcomes compared with saline.

MRINZ’s most recent trial, the ‘PLUS Study’, funded by the Health Research Council of New Zealand, enrolled 5037 critically ill patients across Aotearoa New Zealand and Australia to test the hypothesis that fluid resuscitation and therapy with Plasma Lyte® would decrease 90-day mortality, when compared to saline. Participants received study fluids for longer and in greater volume than in previous trials.

The PLUS study has significantly added to an overall research documentation base, and, when combined with data from previous studies, provides compelling evidence that using balanced crystalloid treatment instead of saline fluid in acutely ill adults saves lives.

“The PLUS study is hugely important because it is the final piece of the puzzle. When the data from PLUS was combined with other study data, the uncertainty around IV fluid choice is finally resolved. This is really the last word on the dangers associated with a 200-year-old medical therapy that is still widely used.” says Professor Young.

“Professor Young and his MRINZ ICU Research team have dedicated years to examining the safety and efficacy of intravenous fluids, and these latest findings are likely to be regarded as the definitive word on this topic.” says Professor Richard Beasley, MRINZ director. “This is a significant landmark in critical care research which will greatly serve the medical community and change clinical practice worldwide.”

Find out more about the Medical Research Institute of New Zealand