Future streets - but let’s get them now says Mackie Research 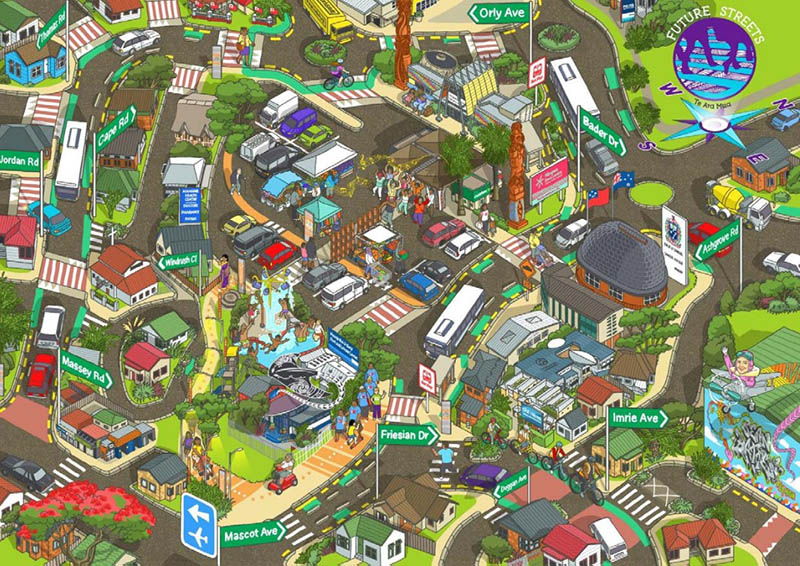 He highlighted some of the key outcomes to date, the challenges that the project faced, and lessons for ongoing work to make suburban communities more user-friendly for a larger range of road users.

“Our aim was to make streets around Māngere Central safer and easier to travel around, especially by walking and cycling. There were quite a few different strands to the project such as methods to reduce traffic speed and make it more consistent, improving people’s ability to cross the road – in some places where people would cross they were often stuck in the middle of the road waiting for a safe gap, and sometimes they had unacceptable wait times to be able to get across the road at all. We know that schools and malls are priority destinations for a walking and cycling network, so it was a matter of tweaking the street landscapes to make these routes easier and safer, such as making sure there were mountable kerbs in the right places and separating cycling on busier roads. It was also important to us that the alterations were aesthetically pleasing and reflected the identity of Māngere people.

“The results seem to have been pretty successful. For example, in the follow-up surveys some 3.4% of pedestrians crossing Mascot Ave used wheeled devices compared to 1.2% at baseline. The presence of prams, scooters, and skateboards has increased and those with wheelchairs felt it was easier and safer to get around, adding to their sense of wellbeing and independence. We’ve also had safety improvements, with reductions in death and serious injury crashes. With the changes, there is also less traffic on local (residential) roads, and it is going slower compared to the control area.”

Dr Mackie says the experience of Future Streets can help with the socio-technical and social equity challenges of delivering on urgent road safety, public health, and climate change responses.

To find out more about the research and the results of the changes please see: Future Streets.

Find out more about Mackie Research.